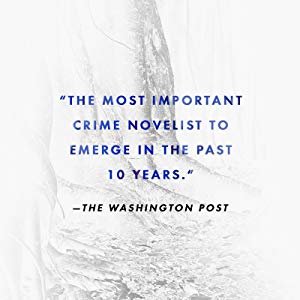 Toby is a happy-go-lucky charmer who’s dodged a scrape at work and is celebrating with friends when the night takes a turn that will change his life – he surprises two burglars who beat him and leave him for dead. Struggling to recover from his injuries, beginning to understand that he might never be the same man again, he takes refuge at his family’s ancestral home to care for his dying uncle Hugo. Then a skull is found in the trunk of an elm tree in the garden – and as detectives close in, Toby is forced to face the possibility that his past may not be what he has always believed.

A spellbinding standalone from one of the best suspense writers working today, The Witch Elm asks what we become, and what we’re capable of, when we no longer know who we are.
*

All these words and more apply to Tana French’s novel, THE WITCH ELM.

At it’s core, this book is a modern day whodunit, a thriller of epic proportions, but it is also so much more.

This book is a character study, a tale of teen angst, the story of a family rallying together in the midst of a horrific medical diagnosis. It is the story of a romance. This is a book about siblings, cousins, friends and how relationships can change over time and how they stay the same. It is also a mystery wrapped in an enigma.

This is truly a book that has everything. I enjoyed listening to it immensely. The story takes place in Ireland and having a narrator with an Irish accent gave this book a sense of place and added authenticity to the audiobook.

The story has plenty twists and turns, some which were expected and many that were not.

Tana French has created characters so realistic that you almost expect to run into one of them on the street.

At just over 22 hours of listening time, this is not a short audiobook and you would think that 22 hours would be too long, however, you would be wrong. In fact, I didn’t want this story to end. I had become invested in the character’s futures.

The Publisher has created a reader’s guide for this book which can be found and downloaded HERE.

My favorite character was Uncle Hugo. On the surface he seems like a giant bore. But as you learn more about him, you start to realize that he is like an onion with many layers, some quite shocking. He has a passion for genealogy research and was able to parlay that into a career as a Genealogist. The author is somehow able to make this career choice seem interesting to listeners and Hugo’s research into his client’s history is an interesting side storyline.

I also give a 5 STAR rating to the narrator whose Irish accent offers listeners authenticity as well as a sense of place. His pacing is sheer perfection. Listeners are able to easily distinguish between character voices which is a huge plus in my opinion.

All in all, I highly recommend this audiobook to readers and listeners from the ages of 16 and up.

Tana French was new to me before experiencing “The Witch Elm” audiobook, but I will be on the lookout for more books from this author in the future.

Tana French is the author of The Witch Elm, In the Woods, The Likeness, Faithful Place, Broken Harbor, The Secret Place and The Trespasser.

Her books have won awards including the Edgar, Anthony, Macavity and Barry Awards, the Los Angeles Times Award for Best Mystery/Thriller, and the Irish Book Award for Crime Fiction.

She lives in Dublin with her family.

“There’s one thing that no one I know, including me, ever has enough of: time. Everyone has at least three things they should be doing with every minute, and everyone could do with about six more hours in the day. So I’m very aware that when you take a chance on one of my books, it’s not just your money that you’re putting on the line; it’s your time, which is probably even more precious. I want to thank you, so much, for taking that chance; for your wonderful support, which never stops taking my breath away. Here’s to all of you. I’ll do my absolute best not to waste your time.”

Tana French in The New Yorker

‘The Trespasser’ begs us to take crime fiction seriously

*
To learn more about this author, visit the following links:

CHAPTERS
“A spellbinding standalone from one of the best suspense writers working today, The Witch Elm asks what we become, and what we’re capable of, when we no longer know who we are.

The thing is, I suppose,” he said, “that one gets into the habit of being oneself. It takes some great upheaval to crack that shell and force us to discover what else might be underneath. What if I never got another day in my life when I was normal again?

Once the fear took hold, I was fucked. I’d never known anything like it could exist: all-consuming, ravenous, a whirling black vortex that sucked me under so completely and mercilessly that it truly felt like I was being devoured alive, bones splintered, marrow sucked. After an eternity (lying in bed with my heart jackhammering, adrenaline firing me like a strobe light, feeling the last few threads that held my mind together stretch to a snapping point) something would happen to break the vortex’s hold—a nurse coming in so that I had to make mechanical cheerful chitchat, an uncontrollable rush of sleep—and I would clamber up out of it, shaky and weak as a half-drowned animal. But even when the fear receded for a while, it was always there: dark, misshapen, taloned, hanging somewhere above and behind me, waiting for its next moment to drop onto my back and dig in deep. 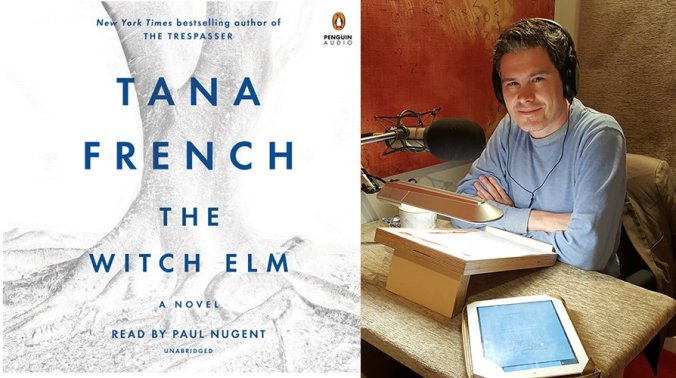 To learn more about this Narrator, visit the following links: