This book is one I picked up many years ago and has been sitting on a shelf for years. My husband picked it up and read it which prompted me to do the same.

This book was published in 1986 and the version I have is that 1986 book. It reflects the attitudes of that time period and even some of the desvriptive words that are included would NEVER appear in books written nowadays. For example, when describing one of the people who knew Billy Stafford, it says: “Warrington, a black, channels his energies into improving race relations in his province.” No modern author would ever describe a person as “a black” since it sounds derogatory, but in 1986 there was nothing wrong with using those words as descriptors.

In LIFE WITH BILLY, the reader learns early on in the book that Billy Stafford was killed by a shotgun blast and that the “murderer” was his wife, Jane.

As you continue to read, you realize that Jane Stafford was more of a victim than the person she killed.

This is the true story of an abused wife who just could not take another beating and who in desperation and fear did the only thing she could think of to stop the physical, emotional, and sexual abuse once and for all.

The location of the isolated hamlet of Bang’s Falls, Nova Scotia where Jane and Billy lived.

This story is NOT for the faint-of-heart. The descriptions of the abuse Jane suffered are truly horrific and her husband, Billy was a true sadist and in my opinion, was as evil as it is possible to be.

Billy Stafford was a man who was basically a bully and a sadist. He forced Jane to commit many acts of sexual depravity and who abused not only her but their son as well.

One of the police officers who arrested Jane was overheard saying that she deserved a medal. It is my belief that Billy damaged her psyche so severely that she became a shell of a person who was not living – she and her son were merely existing.

This book was published at a time when spousal abuse was treated as a matter between husband and wife and was not a problem that law enforcement wanted any part of. The killing of Billy Stafford shone a spotlight on this issue in Canada and the United States. The media coverage was extensive and battered wives who thought they were alone finally realized that they were not alone at all.

UNOFFICIAL FACEBOOK PAGE TO DISCUSS THE BOOK & THE MOVIE

WHAT HAPPENED TO JANE AFTER HER TRIAL AND PROBATION ENDED 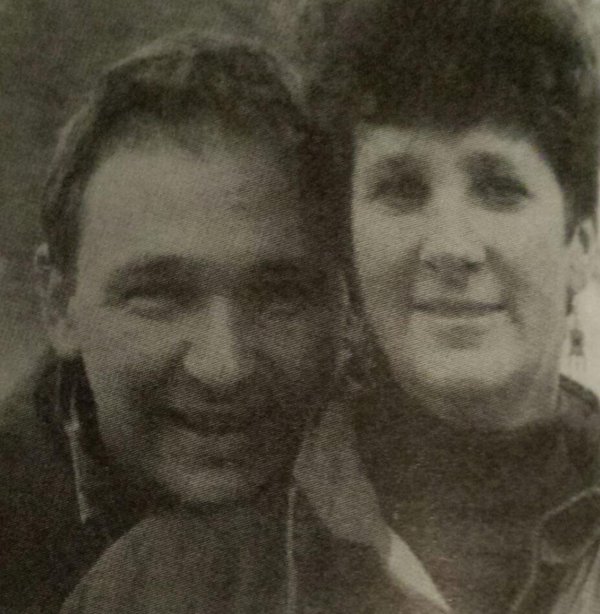 1991 – Jane with her new husband on their honeymoon

A tireless voice against domestic violence.

A master of the tourtière meat pie.

But above all else Brian Vallée “was a terrific journalist,” said Ron Base, Vallée’s best friend of 40 years and former colleague at the Star.

“He strongly believed in accuracy. He would go after a story with a doggedness I always found quite remarkable.”