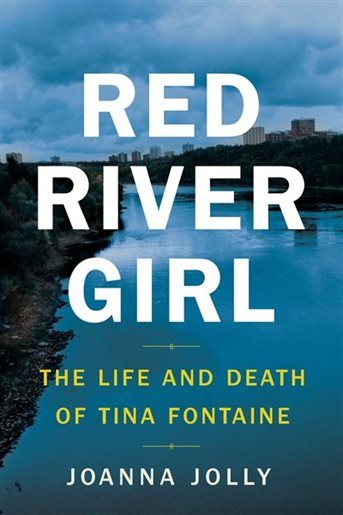 Subtitle: The Life and Death of Tina Fontaine
.

On August 17, 2014, the body of fifteen-year old runaway Tina Fontaine was found in Winnipeg’s Red River. It was wrapped in material and weighted down with rocks. Red River Girl is a gripping account of that murder investigation and the unusual police detective who pursued the killer with every legal means at his disposal. The book, like the movie Spotlight, will chronicle the behind-the-scenes stages of a lengthy and meticulously planned investigation. It reveals characters and social tensions that bring vivid life to a story that made national headlines.

Award-winning BBC reporter and documentary maker Joanna Jolly delves into the troubled life of Tina Fontaine, the half-Ojibway, half-Cree murder victim, starting with her childhood on the Sagkeeng First Nation Reserve. Tina’s journey to the capital city is a harrowing one, culminating in drug abuse, sexual exploitation, and death.

Aware of the reality of missing and murdered Indigenous women and girls, Jolly has chronicled Tina Fontaine’s life as a reminder that she was more than a statistic. Raised by her father, and then by her great-aunt, Tina was a good student. But the violent death of her father hit Tina hard. She ran away, was found and put into the care of Child and Family Services, which she also sought to escape from. That choice left her in danger.

Red River Girl focuses not on the grisly event itself, but on the efforts to seek justice. In December 2015, the police charged Raymond Cormier, a drifter, with second-degree murder. Jolly’s book will cover the trial, which resulted in an acquittal. The verdict caused dismay across the country.

The book is not only a true crime story, but a portrait of a community where Indigenous women are disproportionately more likely to be hurt or killed. Jolly asks questions about how Indigenous women, sex workers, community leaders, and activists are fighting back to protect themselves and change perceptions. Most importantly, the book will chronicle whether Tina’s family will find justice.

THIS BOOK IS ON THE TORONTO STAR’S TOP TEN BESTSELLER LIST
. 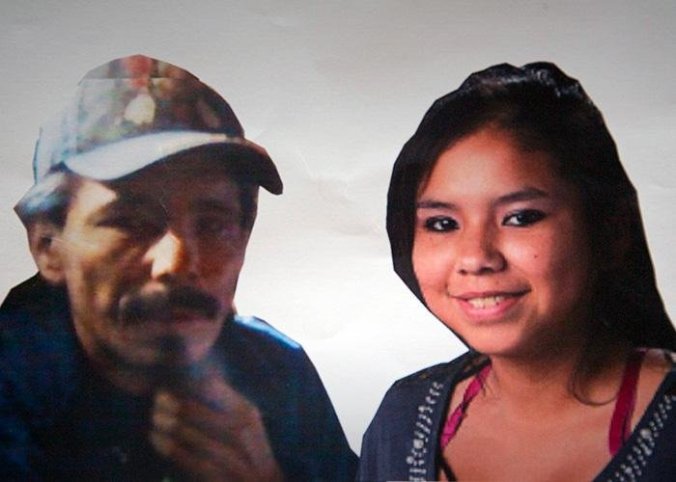 Tina and Her Father

As proud as I am to be Canadian, there are many things I wish I could change. There are even things that make me ashamed of my country and one of those things is how Indigenous people have historically been treated. Even more horrifying is that although it is finally improving, at least in some areas, Indigenous people still face an unconsciounable amount of racial discrimination to this very day. This racism and discrimination is not limited to Canada, and is a Continent-Wide issue.

The reason I bring up racism is because it is definitely a factor of Tina Fontaine’s disappearance and murder as chronicled in RED RIVER GIRL.

.
Author Joanna Jolly has researched Tina Fontaine’s life from childhood up to, and even after her death. I believe that Joanna Jolly’s experience as not only a journalist and author, but also as a documentary film maker has culminated in a book that must be read. She does not shy away from disclosing the horror that Tina experienced in her short fifteen years of life. Not does she gloss over the cultural stigma Tina lived with every day of her life.

This book not only highlights the life and death of Tina Fontaine, it also highlights the excellent investigative skills shown by the dogged police detective who pulled out all the stops to find Tina’s killer and to bring him to justice. However, that was not to be.

.
When killer Raymond Cormier’s trial ended up with him being acquitted, people across Canada (myself included) were both outraged and dismayed. The only positive that came from that trial was the spotlight that was shone on the horrific epidemic of missing and murdered Indigenous women.

*** Thank you to NetGalley and Penguin Random House Canada for providing me with a free copy of this book. *** 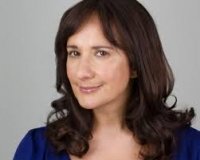 Joanna Jolly is a multi-award winning former BBC South Asia Editor and documentary film maker. Over the past decade, she has reported from Jerusalem, Brussels, Kathmandu, Washington DC and Delhi. Red River Girl is her debut novel. In 2016, she was a Shorenstein Fellow at the Kennedy School of Government at Harvard University.