Title: BACKBONE: LIVING WITH CHRONIC PAIN WITHOUT TURNING INTO ONE

AN INSPIRATIONAL, PRACTICAL, AND FUNNY GUIDE FOR EVERYONE LIVING WITH CHRONIC PAIN.

“My friend Karen Duffy, who lives with unimaginable pain, has taught me so much; that my complaints are the most ridiculous in the world.”    – George Clooney 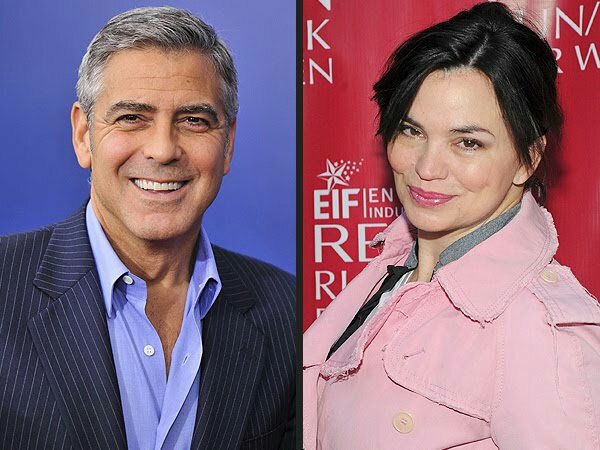 Over one-third of the United States population—nearly one hundred million Americans—is currently living with chronic pain, while another 133 million Americans live with some form of chronic illness. Over half of the United States population suffers from these invisible illnesses where their symptoms are not always obvious to the casual observer. Among them is Karen Duffy, New York Times–bestselling author, former MTV DJ, Revlon model, and actress: she suffers from sarcoidosis, a disorder that causes the growth of inflammatory cells on different organs of the body. In her case, her sarcoidosis is located in her brain, causing her unimaginable pain.

For two decades, Duffy has managed to live a full life, despite living in a state of constant pain.

In BACKBONE, a powerful, inspirational, funny, and important manual for surviving pain, Duffy draws on her experience as a patient advocate, trained recreational therapist, and hospice chaplain to illuminate gratifying methods people can use to cope with chronic pain.

Addressing a country ravaged by both chronic pain and opioid addiction, BACKBONE offers a salve of self-sufficiency, spunk, and perseverance.

BACKBONE is for the massive population of sufferers who are eager to be understood and helped and sends the message that despite the pain, there is a way to have a good life.

In her introduction, author Karen Duffy states; “When I first got sick, I thought the doctors would figure it out and I’d go back to my life the way it was before. It didn’t turn out that way…I never imagined that the pain was going to last this long, that it would be endless, and that I’d have to figure out how to deal with it for the rest of my life.” I can completely relate to her and to this statement, it is exactly how I feel. Our diseases may be different, but chronic pain is something that we share (unfortunately). I felt EXACTLY the same way Karen did when I was diagnosed.

We are very spoiled as a society, especially here in Canada. When a person gets sick or is injured, they go to the doctor or the hospital where tests are completed, a diagnosis is made, a treatment plan and/or presciption is handed out, and they get better. With chronic pain there is no cure, and treatment consists of little more than prescriptions for pain medication which helps with the symptoms, but does absolutely nothing to fix the underlying condition.

To those who have never had to deal with pain that never stops, I say be thankful. To those who think that chronic pain sufferers are all liars and frauds, I say that I would trade just about anything to be lying about the pain I endure on a daily basis.

Karen says; “The minutia of daily life are more taxing when you have the stress of a chronic condition, and I often need to regulate my pain medication around [my son’s] hockey schedule.” Thankfully my sons are older now, but I distinctly remember doing the same thing. In fact, currently I have to wake up two hours before leaving for work so that I have one hour for the pain meds to kick in and one hour to actually spend getting ready. Reading that I am not alone in this is strangely yet incredibly helpful.

I am not someone who typically reads self-help books. This book is more of a memoir (laced with humor,) rather than a self-help book, yet it helps to feel that there are people out there who understand what my daily struggles are. I guess the saying that “misery loves company” must be true. Just kidding.

Karen offers up advice in a non-standard way. She does not claim to be an expert on chronic pain. Rather, her writing comes across more like a series of conversations with a friend over coffee or more likely a glass of wine. This is why her tips seem so genuine. They are things that have helped her to manage her pain.

Karen Duffy’s writing comes across as coming from her heart. She offers anecdotes from her own life as well as offering up quotes from experts in various fields.

I have read several books on chronic pain and I can honestly say that this book was the easiest to read and the most realistic.

Karen Duffy does NOT promise to know how to cure chronic pain, she simply informs readers of what has worked for her to help her live with it, and suggests that what has helped her may also help others.

I recommend this book to anyone suffering from chronic pain as well as family members and caregivers. I rate this memoir as 5 out of 5 Stars 🌟🌟🌟🌟🌟

**Thank you to Netgalley for providing me with a free copy of this book.**

As I read through this book I ran across so many quotes that I wanted to remember that I actually started keeping a list.

Some of the quotes are funny, some I highlighted because they hit close to home and were so similar to my own life, and some I kept for no reason other than they struck a xhord with me somehow. I will leave it to your imagination to decide which quote falls into each category.

“Chronic pain is like serving a life sentence. It’s punishment for a crime you didn’t commit.”

“I take strong opiates to tamp down the burning, biting, sharp sensations. Before the morphine takes effect, it feels like a donkey wearing hockey skates is kicking me in the neck. After the medication, it feels like the jackass put skate guards on, but he’s still kicking.”

When writing about her son playing hockey she wrote the following:

“For example, would it surprise you that the first nut cup (also known as a testicular guard) ever sported in a hockey game was worn in 1873? That the first helmet worn in the NHL was in 1973? That it took a full one hundred years for hockey players to consider protecting their brains was as important as protecting their down below.”

“…the sinister vapors emanating from a hockey bag would flatten most people. It’s like getting sucker-punched in the face by an invisible roundhouse of adolescent B.O.”
“… family dinners are a dim memory like dial telephones and eighteen-hour girdles…”

“When things are easy, you miss the chance to learn how tough you are.”

“… life is going to give you some hits and you have to get up and keep going.”

“If you don’t take care of your body, where are you going to live?”

“The ability to walk without pain is a gift that we don’t have anymore. Being able to walk with pain and not give up is a superpower.”

Witty, alluring performer whose offbeat charm and amiability landed her a gig as an MTV VJ. Duffy’s (aka “Duff” on-air) less-than-serious approach to her job quickly made her a favorite to viewers. Unlike many of her predecessors who quickly fell into obscurity, she diversified into commercials and feature appearances.

She made her feature debut playing a “Crack Den Girl” in the Christopher Walken actioner “McBain” (1991). Her subsequent feature credits include small roles in Spike Lee’s “Malcolm X” (1991), “Who’s the Man” (1993)–which also featured such MTV luminaries as Dennis Leary and Ed Lover–and “Reality Bites” (1994) in a cameo spoofing MTV’s “The Real World.” Duffy made her first substantial feature performance as a woman reminiscent of Mrs. Robinson (“The Graduate”) in the Disney comedy “Blank Check” (1994).

Karen “Duff” Lambros is an American model, actress, and author. Diagnosed with neurosarcoidosis in 1995, she has become an outspoken advocate for sarcoidosis patients and those who suffer from chronic pain. Her positive approach to coping with sarcoidosis is highlighted in her autobiography, Model Patient: My Life as an Incurable Wise-Ass. The Foundation for Sarcoidosis Research is proud to have Duff as a board member and the Board Chair to the Patient Ambassador Program. 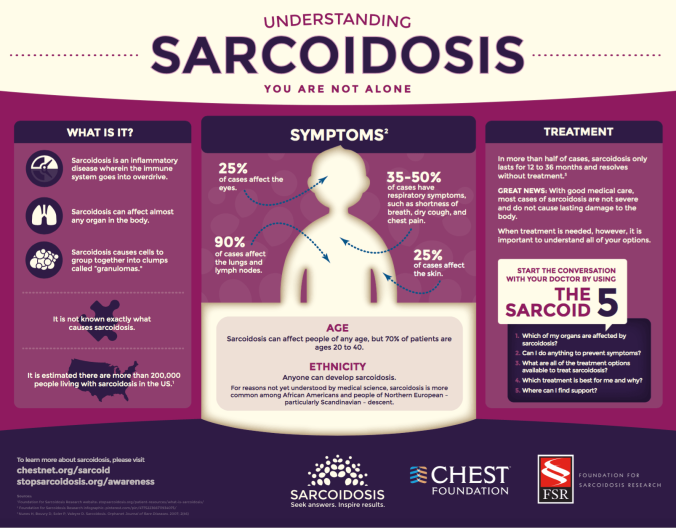