Florida homicide detective Maggie Novak has seen hundreds of brutal murder cases, but when she is called out to investigate the charred remains of a young woman, in what appears to be a Halloween prank gone wrong, she is confronted with a twenty-year-old secret. The body is formally identified as that of school counselor Dana Cullen, but a distinguishing mark makes Maggie look again. She believes it is the body of her school friend Rita, who perished in a fire twenty years ago.

Maggie’s hunt for the truth behind the murder takes her back to a cruel high school trick she’s desperate to forget. And when another body turns up, Maggie realizes she too may be the target of a sinister plot creeping toward its final act.

Maggie needs emotional distance to do her job, but she’s so close to this case that she can’t even breathe. Will Maggie be able to uncover the truth of who wanted Rita dead? Or will her past mistakes catch up with her first

With a multitude of twists and turns DON’T EVEN BREATHE by Keith Houghton is a thriller whose unrelenting action will keep you reading long into the night.

Main character, Maggie Novak is such a believable character that she is perfectly relatable. She may be an elite homicide detective, or “deathtective,” as she calls herself, but she is also a person with a past.

Maggie knows she has done terrible things and she wishes she could go back and change them, but she knows she can’t.

Maggie has a man in her life, but she keeps it casual. He is a cute, surfer-type whose dayjob is working in the mental health field. He has a dog and I love that the dog’s name is Spartacus.

When Maggie’s worst high school memory is brought to light, she has to not only find a murderer, but must also face up to the ramifications of what she did back then.

This story proves that high school may be long over, but often, memories of that time affect the rest of a person’s life.

Highschool may be short, but memories are long.

I rate DON’T EVEN BREATHE as 4 OUT OF 5 STARS ⭐⭐⭐⭐ and am thrilled to have found a writer whose work I was unfamiliar with until now. I can’t wait to get my hands on the rest of his novels.

** Thank you to NetGalley for providing me with a free copy of this book.**

This book and it’s review are part of GingerMom’s 2019 A to Z Reading Challenge.

The point of this challenge is to read at least one book whose title starts with each different letter of the alphabet within the year of 2019. DON’T EVEN BREATHE is my entry for the letter “D.”

“When it came to murder, the benevolent became malevolent in the blink of an eye.”

“In her profession, speculation was a valuable tool. It acted like a mental sieve, filtering out the detritus, focusing on the important facts.”

“No matter how many times they went over it, he’d never understand that her work couldn’t be confined to office hours, or that as a woman she had to excel just to be considered equal.”

“Men had a built-in need to protect their women, and her injury had put a big dent in his machismo.”

The Alliance of Independent Authors

Keith Houghton spent too much of his childhood reading science fiction books, mostly by flashlight under the bedcovers, dreaming of becoming a full-time novelist.

When he was thirteen, his English teacher—fed up with reading his space stories—told him he would never make it as a science fiction writer. Undeterred, Houghton went on to pen several sci-fi novels and three comedy stage plays while raising a family and holding down a more conventional job.

But it wasn’t until he started writing mystery thrillers that Houghton’s dream finally became reality. Though his head is still full of space stories, he keeps his feet planted firmly on the ground, enjoying life and spending quality time with his grandchildren.

Houghton is the bestselling author of the three Gabe Quinn thrillers—Killing Hope, Crossing Lines, and Taking Liberty—as well as the stand-alone psychological thrillers No Coming Back, Before You Leap, and Crash. 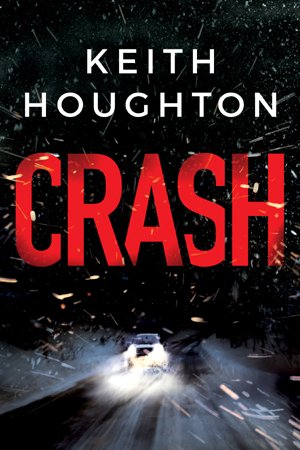