Joanie and her little sisters Meg and Avery were paraded across th5e United States in the 80s as children who were supposedly prodigies.

Their mother, Minerva Promise, had designer engineered them in the UK as test-tube babies before the technology was even available in the United States. A few years later, Minerva then wrote and released a book called THE PROMISE GIRLS, which trumpeted the fact that she was the  mother of three artistic prodigies. Minerva’s book argued that nature and nurture both play equally important roles in fostering genius.

Minerva was a single mother who carefully chose the sperm donors for her children based on what she wanted. And she wanted prodigies – one in art, one in music and one in writing.

Now, twenty years later the Promise Girls have no contact with their mother and do NOT want any. But Minerva has her sights set on the girls participating in a documentary and plans to ride on the girl’s coat-tails once again.

This book is character driven. Marie Bostwick has a gift for creating characters who are so believable and so realistic that as you read the book, you find yourself forgetting that they are not real. In fact, it is impossible not to begin to care for the Promise girls and to hope for them to find happiness and success.

It is not just the characters themselves that will draw readers in. The story is excellent and utterly believable. The events in this book could easily have happened to any family.

So, the characters are amazing, the story believable and compelling – that is all you need, right? Wrong! Added to all the great things I have already mentioned, I need to add that there is much more to this book. Family dynamics, a mystery to wonder about, a past to discover,  romance, tragedy, and emotionally charged scenes all combine to create an extraordinary book that I believe will become a Bestseller.

Thank you to Netgalley for providing me with a free advance copy of this book. 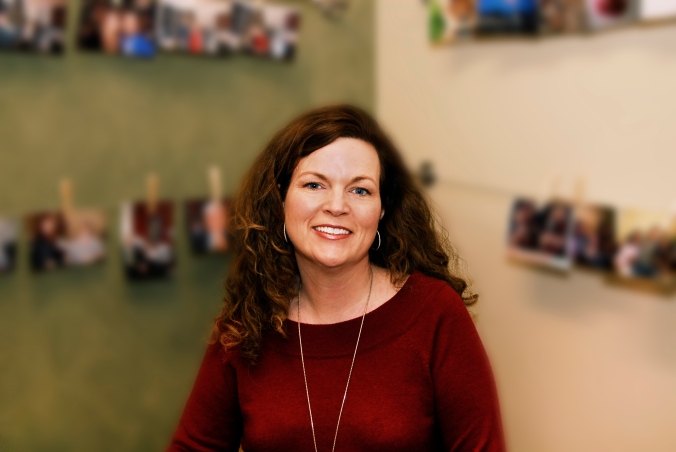 (Biography and picture copied from http://www.mariebostwick.com)

On the path to becoming a novelist, Marie Bostwick worked in the bean fields of Oregon, sang and danced in musical productions, acted in TV commercials, taught religion to deaf children, ran an event-planning business, worked as the scheduler for a U.S. Senator and directed women’s ministries for a large church.

But as diverse and enriching as these experiences were, it was a conversation with a stranger back in 1994 that pointed Marie toward her true calling.

Then the mother to three active young sons, Marie went on a much-needed vacation to a resort with some girlfriends. While there, she decided to attend a writer’s workshop, “not from any desire to become a writer,” she said, “but as a way to avoid playing tennis with my friends. I’m hopelessly unathletic.” At the end of the week the instructor approached her, and thinking she was a professional writer, asked what she’d published.

“I just laughed. I told him that I was a mom, and the only thing I wrote was grocery lists.” The instructor insisted that whether Marie knew it or not, she was a writer. Marie thanked him for the compliment, saying she wasn’t a writer, just someone who hadn’t fired her imaginary friends when she grew up. “Then he leaned toward me and said, ‘Well, what do you think writers are?’ That got my attention. I think I realized then that he was onto something, that my secret identity had finally been unmasked.”

The signs were there from an early age. A voracious reader by the age of three, Marie said one of her first literary endeavors was a screenplay she wrote for “Camelot” before she was old enough to attend public school. The musical was a favorite of Marie’s, and, not having seen the movie, she wrote her own story to go with the music she’d heard on her grandmother’s record player. In high school, Marie wrote short stories and “a lot of sad, self-absorbed teenage poetry,” which earned her the school English award.

Born in Eugene, Oregon, the youngest of four sisters experienced a life of comfort in her early years, then financial hardships after her parents’ divorce. But childhood summers spent working in the fields taught her industry and the dignity of good, hard work. They also provided the insight into the hearts and minds of small communities, the settings for her novels.

Marie dedicated four years to writing FIELDS OF GOLD. Published in 2005 by Kensington Books, FIELDS OF GOLD was a finalist for the prestigious Oklahoma Book Award and for RT BOOKclub magazine’s Best Historical Saga Award. RIVER’S EDGE won the Golden Quill Award, was a finalist for a National Readers’ Choice Award and was an alternate selection of the Literary Guild. Her novellas, A HIGH-KICKING CHRISTMAS and THE PRESENTS OF ANGELS, which were included, respectively, in the holiday anthologies COMFORT AND JOY and SNOW ANGELS, appeared on the New York Times and USA Today bestseller lists.

Drawing on her lifelong love of quilting and themes of special relevance to modern women, Marie’s Cobbled Court Quilt series has gained a dedicated following among quilters as well as those who’ve never threaded and needle and don’t plan to try. The first book in the series, A SINGLE THREAD, published in 2008, is now in its sixteenth printing. That book, as well the third book in the series, A THREAD SO THIN, were included in Reader’s Digest Select Editions. A THREAD OF TRUTH (2009) was named an “Indie Next Notable” book by the members of the Independent Bookseller’s Association. TIES THAT BIND has been nominated as Best Mainstream Novel of 2012 by RT BOOK Reviews Magazine. In 2014, Marie was recognized for Career Achievement in Mainstream Novels award by the same organization.

Marie enjoys volunteering to help others. When she was twenty-five, she became the first president of a new chapter of Habitat for Humanity in Georgia. When living in Mexico, she served as the volunteer director of development for Manos de Ayuda (Helping Hands), a medical mission to the poor. She continues to volunteer her time to various church and community organizations today and was proud to serve a three-year term on the board of the Quilt Alliance.

“It feels like the rest of my life and experiences were the lessons that I had to master so I could do this thing I was truly meant to do,” Marie said, adding, “I can’t imagine being anything but a writer.”

Marie lives in Oregon with Brad, her husband of thirty-five years. When not writing, she enjoys quilting, reading, cooking, spending time with family and friends, and especially playing with her grandsons. Marie travels extensively, speaking at libraries, bookstores, quilt guilds, and at quilt shows. She has been a featured speaker at the Paducah Quilt Festival and the Houston International Quilt Festival and has given keynote addresses at both the Florida Writers Association and La Jolla Writers conferences.

To find out more about this amazingly talented and prolific author, visit the following links: