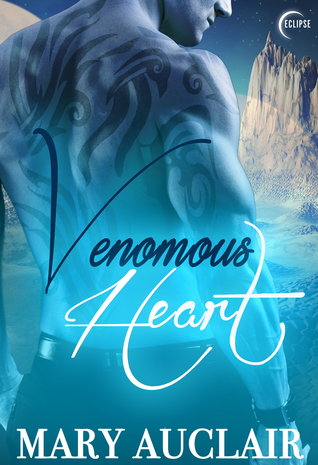 After drowning his soul in blood, can this alien warrior be saved?

As the only doctor on Aveyn, Ava works day and night for the people she considers hers. Only… she’s not really one of them, is she? She’s a hybrid, a highly illegal creature created by Trade Minister Knut for his personal enjoyment. And she risks a fate worse than death if her existence is ever discovered by Prime Councilor Aav, the most powerful Matriarch in the Ring.

When a tall, arrogant, sapphire blue alien comes to Aveyn, it’s not long before headstrong Ava gets in trouble with him – the new Eok warrior in charge.

Arlen wants nothing to do with his new assignment on Aveyn. All he wants is to return to the violence at the Frontier and drown his broken heart in bloodshed. But he made a deal with his brother, the Commander-in Chief-of the Eok armies: a year of peace for a year of combat. So, Arlen comes to Aveyn fully intent on ruling all those who live there with an iron fist…

… all except a troublesome, gorgeous female whose purple eyes haunt his dreams. When the Mating Venom pushes him to the edge of madness, can Arlen learn to trust in his heart again, or is his soul lost to the bloodlust?

She closed her eyes.

The scents became clearer as she kept her eyes closed. The water, pure and cold; the grass under her naked soles; and the flowers. The flowers, with their stubborn, extravagant love for life. How many times had she wished she was like one of those flowers? Blooming, happy, beautiful. Hundreds of times, thousands, she’d wished it. Every time Knut made her cry, every time Knut made her feel like she wasn’t truly a person.

“You shouldn’t come out here alone, especially at night.”

A male voice startled her and Ava turned quickly, holding the scalpel she had brought with her in front of her body defensively. A tall, broad figure stepped out of the deep shadows created by a series of bushes, a figure she recognized instantly.

“I could tell you the same thing.” Ava lowered her arm but didn’t withdraw it completely.

“If I didn’t know any better, I’d think you were following me.”

“I am following you.” There it was again, that humorless voice, all business and military.

It made her body tingle in all the wrong places, even though alarms bells rang in her head.

“How very stalkerish of you.”

He didn’t answer, just prowled closer to her with an uncanny, almost feline grace. The silver moonlight reflected off his head, making the markings on his skin even more apparent. A tiny thrill skittered across her skin at the sight of him and she pulled the sides of her cotton sweater more tightly around her body.

He was close enough now that she could see his features clearly, the harsh shadows from the cloudless moon playing on the angles of his face, giving him the appearance of an ancient,

long-forgotten deity. His pale eyes reflected the light, seeming almost entirely white as he stared down at her.

There was nothing soft about him. Not even the plump hardness of his lips as his mouth stretched into a humorless grin.

“Are you always this insolent?”

Arlen hovered above her, barely two feet away, and he was so tall she had to tilt her head back to meet his gaze. His arms were bare in his sleeveless vest, rippling with muscles and covered with markings. He was a monument to strength and control, to this cold military authority she sensed in everything he did.

The tingling in her belly grew as she stared at those strong arms, that skin covered with markings that seemed as rough as it was soft. What would it feel to run her fingers along it? Her tongue?

Get a grip! What is going on with you?

“Maybe it’s just your Eok charm.” Ava forced herself to relax her posture but her arms refused to let go, and she still hugged herself. “Are you always this creepy?”

He shook his head at her sassy answer then his eyes went down to her scalpel. The corner of his mouth curved up slightly, and there was something in his gaze that wasn’t there before as he looked back up at her. It looked an awful lot like amusement.

“Do you plan on stabbing me? If so, I hope your arms are stronger than they look. It’ll take you all night to kill me with that.”

“Of course not.” Ava brought her arm down, suddenly feeling very foolish. What was she expecting, anyway? It wasn’t like she could fight off an Eok warrior with her scalpel. “I brought it with me for protection, that’s all.” She turned to the river, but she could feel Arlen’s gaze on her. “Nobody comes here, anyway.”

“Nobody but you.” He planted himself at her side and they stayed like that in silence for a while. When he finally spoke again, his voice wasn’t all business and efficiency, but a bit dreamy. “Did you come here often? Before?”

Ava’s arms tightened around her body and a sudden surge of emotions welled up in her throat. Aside from Uril, nobody asked her questions. Nobody cared what she felt. Why did he?

Or maybe she was just a fool to think he did.

Mary grew up in the quiet peace of a small rural village in the heart of Quebec, Canada. She spent her childhood chasing butterflies and catching frogs, playing in the mud and generally being as unladylike as she could.

She now write as much as her busy schedule allows to bring to life her inner world, filled with exotic planets, mysterious creatures and off course, hot, alpha heroes and the women who melt their hearts.

When she’s not writing, she can be found in the garden, walking her dogs or playing with fire in her kitchen as a part time hit-or-miss chef.

She loves to hear from her readers, so don’t be shy and drop her a line! Sign up for the newsletter on her website to receive sneak peeks, exclusive bonus stories and special discounts!

Open to Canada and the US