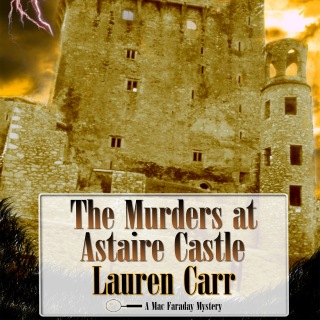 Never tell Mac Faraday not to do something.

Spencer’s police chief, David O’Callaghan, learns this lesson the hard way when he orders Mac Faraday to stay away from the south end of Spencer’s mountaintop – even though he owns the property. It doesn’t take long for Mac to find out what lies on the other side of the stone wall and locked gate, on which hangs a sign warning visitors to Keep Out!

Topping the list of the 10 top haunted places in America, Astaire Castle is associated with two suicides, three mysterious disappearances, and four murders since it was built almost a century ago – and Mac Faraday owns it!

In spite of David’s warning, Mac can’t resist unlocking the gate to see the castle that supposedly hasn’t seen a living soul since his late mother had ordered it closed up after the double homicide and disappearance of Damian Wagner, a world-famous master of horror novels.

What starts out as a quick tour of a dusty old castle turns into another Mac Faraday adventure when Astaire Castle becomes the scene of even more murders. Mac is going to need to put all of his investigative talents to work to sort out this case that involves the strangest characters he has run into yet – including a wolf man. No, we’re not talking about Gnarly.

Book reviewers and readers alike rave about how Lauren Carr’s seamlessly crosses genres to include mystery, suspense, romance, and humor.

Lauren is a popular speaker who has made appearances at schools, youth groups, and on author panels at conventions. She lives with her husband and three dogs (including the real Gnarly’s klutzy nephew Sterling) on a mountain in Harpers Ferry, WV.

MY REVIEW: Listening to the audiobook of THE MURDERS AT ASTAIRE CASTLE was an entertaining treat.

The narrator for this audiobook is Dan Lawson. His voice is perfect for the Mac Faraday books. He is able to modulate his voice so that there is never a doubt which character is speaking. I am impressed with his enunciation and was able to understand every word he said.

The story itself is a well written mystery that spans several decades. I have not read, or listened to the second, third or fourth book in this series and yet I never felt like I was missing pieces of the story. This audiobook would even work well as a stand-alone thriller.

The only issue I had with THE MURDERS AT ASTAIRE CASTLE was that when the story was nearing its completion, DNA was sent for analysis and seemed to be returned almost immediately. This is a fantasy. In reality, obtaining DNA results can take anywhere from a few days to several months before the results are returned to the investigating officers. It is exceedingly rare for small town police offices to have their own lab and most biological samplesď would have to be outsourced. I understand that the DNA results were important to the plot which is why the author chose to speed up the results, but it did stand out to me as inaccurate and unbelievable.

Despite the minor hiccup I just mentioned, I enjoyed listening to this audiobook. There are so many different threads to this story and yet Lauren Carr was able to weave them all together to create a tapestry that readers will not soon forget.

My favorite character in this book is the “Wolf-Man. 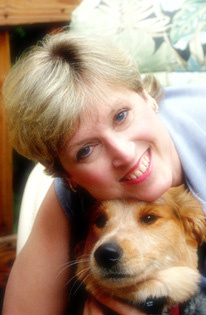 Lauren Carr is the international best-selling author of the Mac Faraday, Lovers in Crime, and Thorny Rose Mysteries—over twenty titles across three fast-paced mystery series filled with twists and turns!

Book reviewers and readers alike rave about how Lauren Carr’s seamlessly crosses genres to include mystery, suspense, romance, and humor.

Lauren is a popular speaker who has made appearances at schools, youth groups, and on author panels at conventions. She lives with her husband and three dogs (including the real Gnarly’s klutzy nephew Sterling) on a mountain in Harpers Ferry, WV.

​Over the past several years Dan Lawson has appeared in numerous spots for radio, television and the internet. He has worked with All-State, Sprint PCS, Mountain Dew and many more. His unique ability to mimic existing characters and celebrities has landed him diverse voice match work ranging from Charlie Sheen to Morgan Freeman.

In 2008 Dan was cast as the first American voice actor for the Korean video game company, Nexon. Over the next several years Dan was the flagship voice of the company, appearing in such titles as Mabinogi, Maple Story, Vindictus, Dragon Nest, Dungeon Fighter Online and Atlantica. In total he has voiced nearly 100 characters for Nexon.

In late 2012 Dan’s voice over career took an unexpected turn into book narration. His first audition landed him the job of narrating The Psychology of Twilight, a psychological look at the wide-spread obsession of the Twilight saga created by Stephanie Meyer. Eighteen more audiobook narrations have followed and show no signs of slowing down.

How long have you been narrating audiobooks?

I narrated my first audiobook in 2012. I hadn’t actually auditioned for the audiobook. One of my agents thought that I had a good sound for the material and submitted me. That started a narration spree that continues today.

Do you have a favorite character from any of the books you’ve narrated?

Robert Cook in Antidote is one of my favorites. I connected to the character almost immediately. He and I are very similar as  far as thought process, humor and how we view the world.  It made the whole narration process very comfortable.

Do you work with the author to select a tone and narration style for the audiobook?

It varies, but getting a chance to speak with the author is one of my favorite parts of the narrating process.   There are so many different ways to approach an audiobook. Having the authors insight really helps to connect the story to the listener. My goal as a narrator is to fulfill, to the best of my ability, the vision the author has for the book.

How do you keep all the characters voices straight when narrating an audiobook?

Great question! It can be challenging if the cast of characters is large or if there are multiple characters with similar characteristics. for example, if the story centers around a group of young soldiers.   One of my techniques is to model the speaking style of a character after known actors and celebrities.  I have actually printed pictures of actors and written the name of the character from the novel below them. Then aligned the pictures on a piece of cardboard and placed it just beyond my music stand. That way I’m able to reference who is speaking with a quick glance.

If it is not clear from the writing, how much freedom do you have as a narrator in deciding if a character has an accent or a unique way of speaking?

It depends entirely on how much the author is involved. A great many authors are not familiar with audiobooks so they will leave the bulk of the choices up to the narrator. Making the characters unique without detracting from the overall story is one of the greatest thrills about the narration process.