Subtitle: HARD WORK, LOW PAY, AND A MOTHER’S WILL TO SURVIVE

Evicted meets Nickel and Dimed in Stephanie Land’s memoir about working as a maid, a beautiful and gritty exploration of poverty in America. Includes a foreword by Barbara Ehrenreich.

While the gap between upper middle-class Americans and the working poor widens, grueling low-wage domestic and service work–primarily done by women–fuels the economic success of the wealthy. Stephanie Land worked for years as a maid, pulling long hours while struggling as a single mom to keep a roof over her daughter’s head. In Maid, she reveals the dark truth of what it takes to survive and thrive in today’s inequitable society.

While she worked hard to scratch her way out of poverty as a single parent, scrubbing the toilets of the wealthy, navigating domestic labor jobs, higher education, assisted housing, and a tangled web of government assistance, Stephanie wrote. She wrote the true stories that weren’t being told. The stories of overworked and underpaid Americans.

Written in honest, heart-rending prose and with great insight, Maid explores the underbelly of upper-middle class America and the reality of what it’s like to be in service to them. “I’d become a nameless ghost,” Stephanie writes. With this book, she gives voice to the “servant” worker, those who fight daily to scramble and scrape by for their own lives and the lives of their children.

There are some books, when you finish reading them, you realize that you have just experienced something profoundly important. MAID is one of these rare gems.

Stephanie Land tells the story of her life as an impoverished single mother. This is NOT a story that takes place during the Great Depression of the 1930s, it is a true story taking place in modern day America.

What struck me most about this memoir was Stephanie’s ability to tell the story in a matter of fact way and to somehow detach herself from the emotions she must have inevitably felt while writing – all the while ensuring that she conveyed those same feelings to the reader. This ability proves Stephanie Land is a rare talent. If I did not know better, I would have thought this was the author’s fifth or sixth published work and not her debut book.

This is NOT a tale of ‘poor me.’ Stephanie does not whine about the state of her finances or the shabby conditions she lived in. She may have been poor, but she was not just sitting around collecting welfare and living the high life, which is a stereotype that is pervasive throughout society.

Reading this book will open people’s eyes to a situation all too common in America today. That is the plight of the “working poor.”

I have heard many people say that those who are receiving government assistance are all lazy and are living the high life thanks to the government. THIS IS NOT TRUE. Yes, I am sure that some people are gaming the system, but the vast majority are people who need a hand up, not a hand out. They are working, but their income is insufficient to pay their bills.

This book should be required reading for everyone who has ever made a comment about people on welfare. It should definitely be required reading for politicians at all levels of government from municipal leaders all the way up to the President. Maybe, just maybe, this would open their eyes to the reality of the lives of many of their constituents.

MAID is written in such a way that it is a book you will not want to put down. Just because it is a true story does not make it a boring read. In fact, it is anything but.

Stephanie’s dream of becoming a writer has come true and the world is better off because of it.

If you only read one non-fiction memoir this year, make sure it is this one. You will be glad you did. 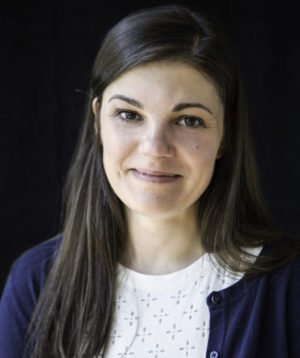 Stephanie Land’s work has been featured in the New York Times, New York Review of Books, Washington Post, Guardian; Vox, Salon, and many other outlets.

She focuses on social and economic justice as a writing fellow through both the Center for Community Change and the Economic Hardship Reporting Project.

Her memoir, MAID: Hard Work, Low Pay, and a Mother’s Will to Survive, is forthcoming through editor Krishan Trotman at Hachette Books, featuring a foreword by Barbara Ehrenreich, on January 29, 2019.

She lives in Missoula, Montana, with her two daughters.

To learn more about this author and her wonderfully written debut memoir, visit the following links: